Getting the balance correct between short-term relief checks and long-term infrastructure spending is critical.

Last summer, at the height of the COVID-19 crisis, I bought and built a swing set for my grandchildren. Construction was reasonably straightforward and, remarkably for a kit, all the holes, bolts, etc. lined up easily. Savvy readers will see my setup here: swing set as a metaphor for the economy, recovery and the subsequent expansion of economic activity through additional stimulus introduced by the Biden administration. But let me explain further…

A swing is a pendulum with an obvious resting point. This is convenient as it allows my grandchildren ease of access. Initially, the children were content to gently swing back and forth, but quite quickly this was followed by a demand to go higher. I was happy to concur (what is the point in going slowly?) so I pushed with greater energy. As I watched the children’s reactions, I made three observations:

1)    Howling children
2)    Scowling grandma
3)    The frame of the swing was moving slightly. The system was not in equilibrium.

For this post, I will focus on item three because stopping to fix that issue addressed the first two, as well.

A pendulum (in this case a swing set) has a natural range of motion (known as oscillation) mostly determined by the length of the line (i.e., the chains holding the seat from the anchor points on the crossbeam). By giving in to the kids’ request for higher, I added additional energy to extend the natural range of motion by pushing harder. Because this wasn’t gauged precisely, and without making the swing chain longer, the system became a little unstable. I was able to counteract the mild instability by reinforcing the anchor points of the supporting A-frames. However, this does not solve the problem; it simply masks it. The swing system was trying to shake off the excess energy I introduced by a process known as “dampening.” By limiting the ability to dampen itself, I was transferring stress to another part of the frame. Unfortunately, the consequences of doing so might not be immediately visible.

As we emerge from COVID-19, the emphasis must be on investments that have the ability to make economic output larger, otherwise we risk instability.

Similarly, the economy has a natural range of activity and growth rate. The equilibrium growth rate is a function of the amount of labor available and the useful capital that labor can use to gain efficiency. Labor productivity relies on effective transportation, reliable energy, well-equipped offices/factories and high-quality education and healthcare. As we emerge from COVID-19, the emphasis must be on investments that have the ability to make economic output larger, otherwise we risk instability. Like the swing set, the stress may not be immediately visible, but it’s most likely to materialize as inflation.

There is already a high level of personal savings in the economy, although it’s not evenly distributed, and the excess savings has led to excess demand. The resulting short-term imbalances should abate provided we don’t keep pushing additional stimulus. But the long-term solution is to make a bigger swing set. Encouraging those savings to be directed toward investment in infrastructure rather than consumption may ease the short-term pressure and help expand the size of the economy — allowing for an expansion of aggregate demand with less inflation risk.

For the swing set, I am the dampener; by either momentarily holding the swing or pushing, I can keep the swing in equilibrium. Monetary policy is one of the primary dampeners for the economy, and if we overstimulate, the Federal Reserve will have to increase interest rates to offset the excess stimulus. Getting the balance correct between short-term relief checks and long-term infrastructure spending is critical. Many people worry about the total amount of spending, but the balance in spending is more important. Long-term infrastructure spending should be employed instead of short-term stimulus, not in addition to it.

As for me, the swing set equilibrium will either be resolved by building a larger frame or telling the grandchildren “no” when they want to go higher (a very unpopular choice!). For the economy, the larger swing set also comes with interesting choices. But governance is about hard choices, and we must make them. 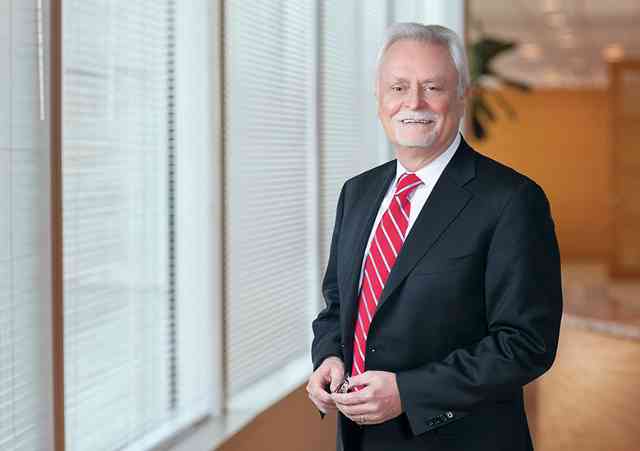