Smaller, private liberal arts colleges with meager endowments face demographic challenges that may result in closure. Education muni bond investors should be aware of the risks.

The return to college in September can be filled with anticipation as students face new professors, classmates, sports, academics — and the realization that another year of tuition payments are due. There’s been a lot of talk about the spiraling costs of higher education in recent years. But despite the ability to charge higher and higher price tags for a degree, many institutions struggle to cope with increasing financial pressures.

Negative demographic trends, questionable values for higher priced schools and ballooning student debt are just a few of the pressures facing colleges and universities in the U.S. Most of the sector is likely to see these negative forces play out over years, giving them time to adjust to new realities. But for some, the reckoning may be closer than investors anticipate. For these institutions — mainly smaller, less-selective, private liberal arts colleges with under 2,000 students — the challenges will be more imminent and may result in closure or require significant adjustments.

Higher education institutions typically have a difficult expense base to manage due to fixed costs such as tenured professors or ongoing debt service. While a historic campus may have visual appeal, the reliance on older physical assets can result in a higher investment for ongoing maintenance needs. The inability to quickly reorient a fixed-cost base means a slowdown in enrollment can rapidly erode the fundamental credit health of most institutions — most are reliant on tuition and student fees for the majority of their revenue. Significant endowment resources or outside donor support benefit many sector participants and help explain generally strong and stable credit fundamentals. This support opens up the opportunity to change the way higher education is delivered. Even so, credit deterioration is likely to happen across the board from current lofty levels. And it’s questionable whether these increasing risks are being appropriately priced in today’s municipal market.

Enrollment declines are already happening at many universities, partly due to years of economic growth and low unemployment producing better job prospects for people without college degrees. Readily available employment has made the significant cost of a college education much harder to justify for some recent graduates, and changes in skillset demands have also shifted potential students away from liberal arts colleges. While it’s still generally true that college graduates out-earn their lesser educated peers, the cost of a college degree has significantly outpaced inflation over the past 30 years. The price of attending a public four-year university has increased at close to three times the growth in median U.S. household income over this time.1 In certain career paths, future earning potential may no longer be enough to support the significant cost of tuition and likely the heavy debt load necessary to finance it.

Another, more pressing, risk factor is the diminishing tailwind of high school graduates over the last 40 years. Lower birth rates during the last recession combined with flat to declining demographics over the last several years are expected to reduce the number of high school graduates within the U.S. According to the United States Department of Education, the number of high school graduates is projected to decline by 12% between 2017-2018 and 2025-2026. Projections from the Western Interstate Commission on Higher Education are slightly more pessimistic, predicting a 15% decline with even higher rates expected for the South and Midwest. This is in stark contrast to the 15% growth we saw in the preceding decade. Add in recent immigration reforms that have resulted in lower demand from international students for the first time in decades, and we face a brewing enrollment crisis. This is especially troubling since tuition from international students is typically higher, which helps support operating expenses for some schools.

The ultimate worst-case scenarios of closure and debt default will affect a small minority of the education municipal bond sector, but the numbers are likely to grow in coming years. It’s important to avoid situations that could result in the most stress and make sure risk premiums for institutions with less credit strength are fairly compensating investors. Investments in higher education through municipal bonds may face a more challenging environment. Navigating those challenges requires an experienced team with the resources and expertise to help protect portfolios amid uncertainty. 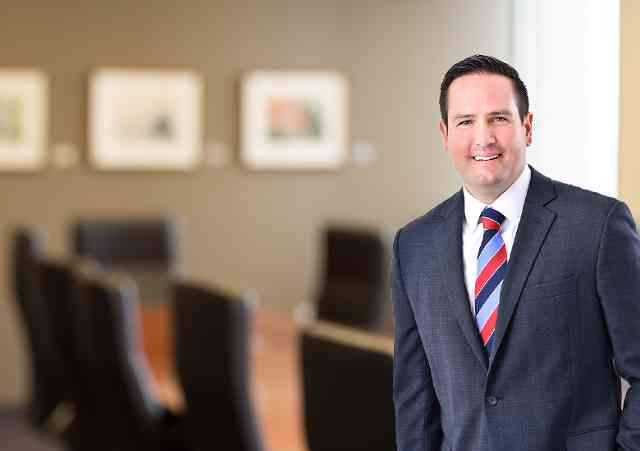