Midterms may mean more of the same for investors

Midterms may mean more of the same for investors

For financial markets, midterm election years follow a similar pattern — falling in the months preceding an election and rising shortly thereafter. This pattern holds whether the President’s party loses seats in Congress or not. These returns reflect investors’ dislike of uncertainty ahead of the elections, and a subsequent return to business as usual once the results are in.

With only a five-seat majority in the House of Representatives and an evenly divided Senate, the odds do not favor the Democrats holding their slim majority in Congress. In fact, with such a thin margin in the House, Democrats retaining control post-midterms would be historically unusual.

Thus far in the Biden administration, even with Democrats in (narrow) control of Congress, there have been only a handful of policy successes, including the Infrastructure Bill, the Inflation Protection Act and Student Debt Relief Plan. A divided government following the midterms will likely just mean more political gridlock, with only a few potential areas for bipartisan compromise (e.g., cybersecurity or China). Even in the unlikely event that Democrats maintain a majority in either chamber, it will be increasingly difficult for them to maneuver. The recent Supreme Court decision in West Virginia vs. Environmental Protection Agency (EPA), which limited the scope of the EPA’s authority to regulate emissions under the Clean Air Act, may create greater risk for Biden’s policy agenda than the results of the midterm elections. That decision could be interpreted to limit the ability of government agencies other than the EPA to implement policies through executive orders. This has traditionally been a common means for the executive branch to govern on the margins. The court’s decision will also likely mean that any nominee for an executive agency will need to be more moderate to get through the confirmation process.

It’s policy, rather than politics, that will matter for investors. All else being equal, a stalled policy agenda is sentiment positive for the market. As an example, a tick down in regulatory pressures would be viewed as positive for the Communications sector, where antitrust and internet platform issues have been front and center. While these issues are not going away, congressional gridlock will likely result in minimal law changes.

Bottom line: For the balance of the year and into 2023, economic fundamentals — rather than election results — will likely play a greater role in market performance. While investors should prepare for elevated volatility around the election, over the long term the outcome is unlikely to have a meaningful bearing on investment portfolios. 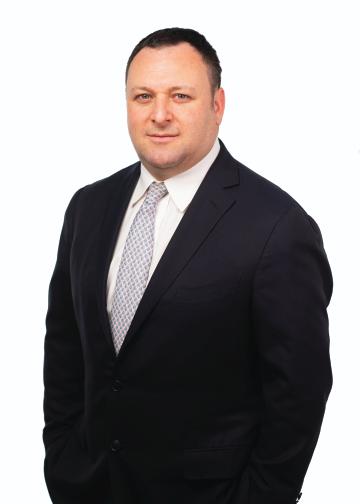